Notes from the Museum - What is a Museum?

Introducing the Service and Sacrifice Exhibition

Celebrating the heroic stories of women during war time.

Our latest exhibition pays tribute to the contribution of New Zealand women during war time (1840 – 1936). Their stories are truly amazing, yet these women were barely acknowledged for their efforts and involvement.

Included in the exhibition are the stories of:

New Zealander Ettie Rout, who was described as a war hero among the French and as ‘the wickedest woman in Britain’ yet was ‘persona non grata’ in New Zealand. On display is one of her 1922 books ‘Safe Marriage: A Return to Sanity’ which was banned in New Zealand but a best seller in Britain.

The Land Girls - The Women’s Land Service was the largest of the women’s war services yet its thousands of members were not invited to march in the end-of-war parades with other service organisations. In the exhibition we share the story of three Land Girls; Marjory Shaw, Betty Miller and Marie Champion who worked on the Hume farm here in Katikati.

Te Puke-born Majorie Harris also features in the exhibition. As a registered nurse specialising in plastic surgery she took her skills to Queen Victoria Hospital in East Grinstead, a small town south of London where she worked alongside the pioneering plastic surgeon, Sir Archibald McIndoe (also a New Zealander). Marjorie witnessed the horrific burns which disfigured the airmen who flew for the RAF in World War II. The men she helped heal and rehabilitate became part of the famous ‘Guinea Pig Club,’ the subject of an upcoming movie starring Sam Neil.

On display we have the uniform of Vida MacLean, a military nurse. She is mostly unknown but was one of the most eminent nurses of the time, influencing New Zealand nursing and healthcare. Her range of experience included working in Egypt during the First World War, to the Plunket Society with her own radio programme and a principal matron for the Indian Army during World War II.

There are many other stories of heroic women in the exhibition and we look forward to sharing them with you and giving these remarkable women the recognition they deserve. 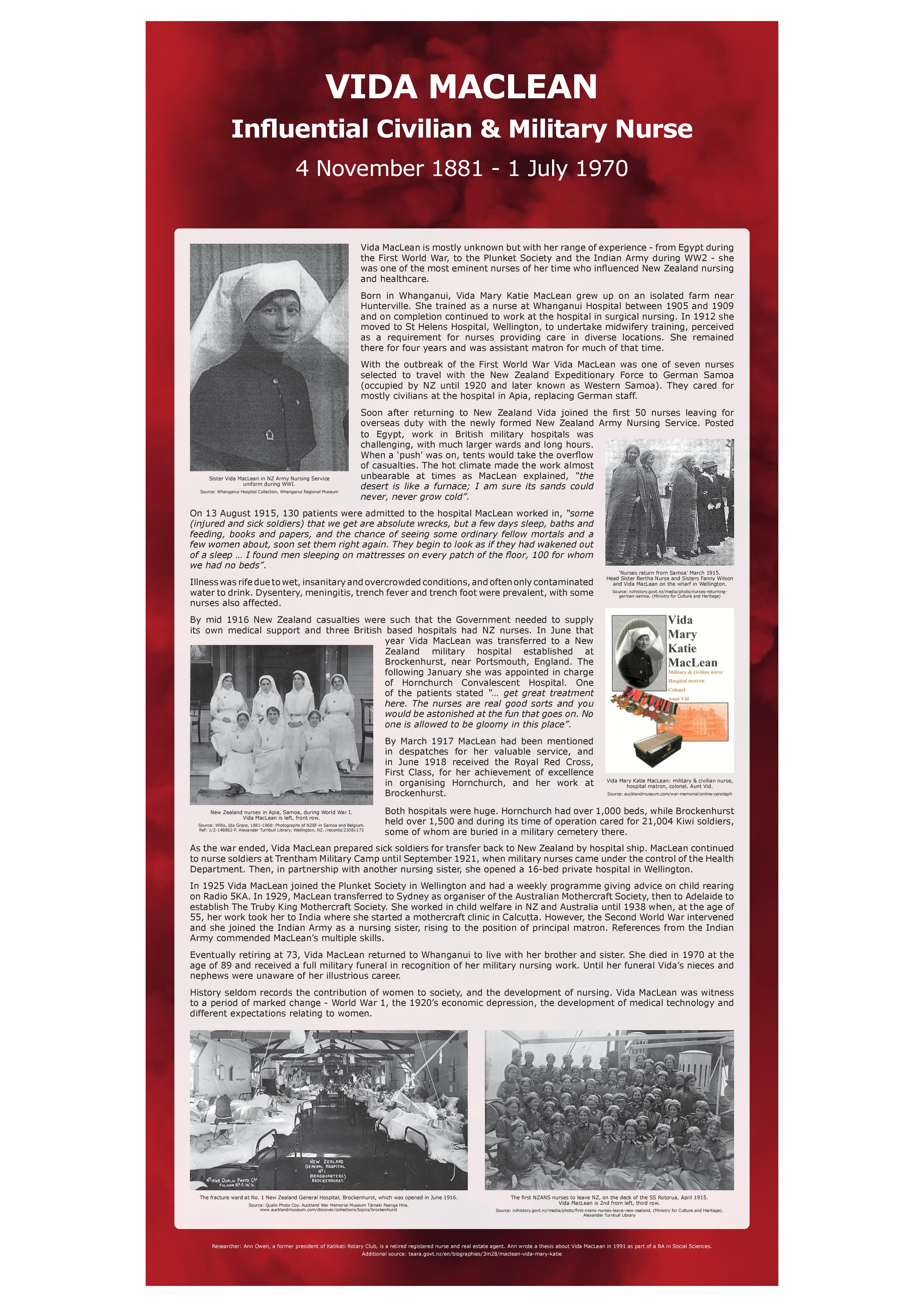 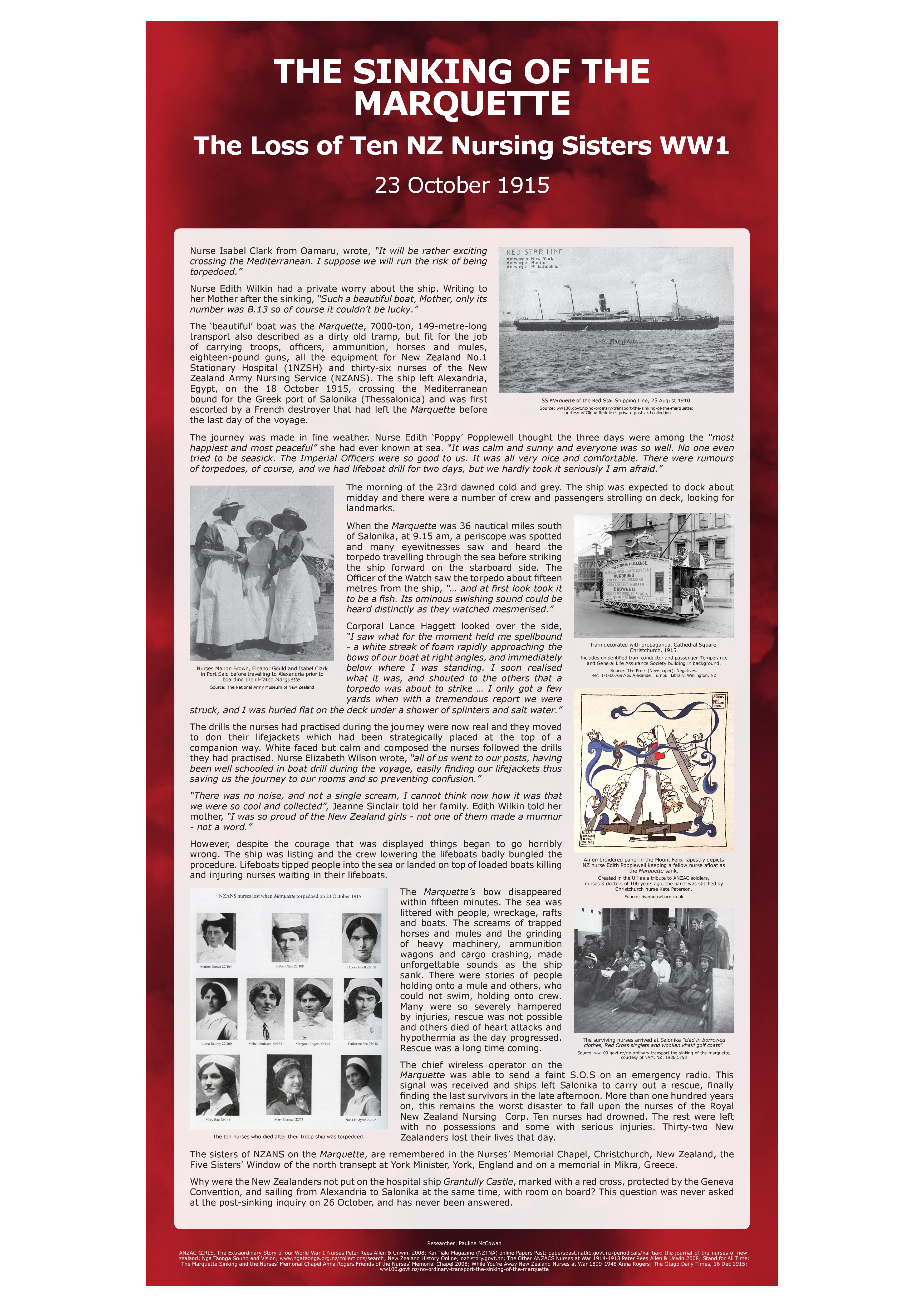 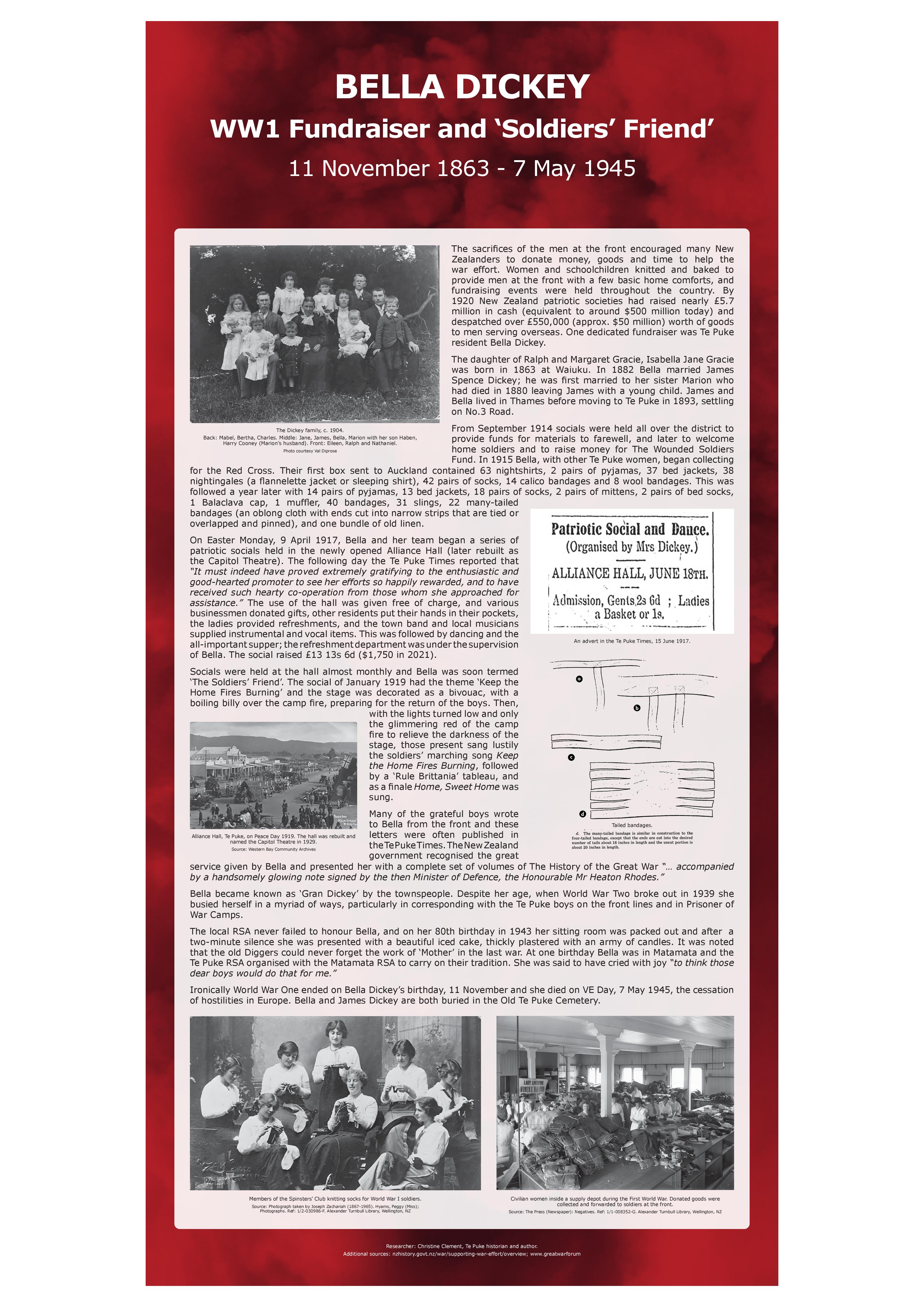 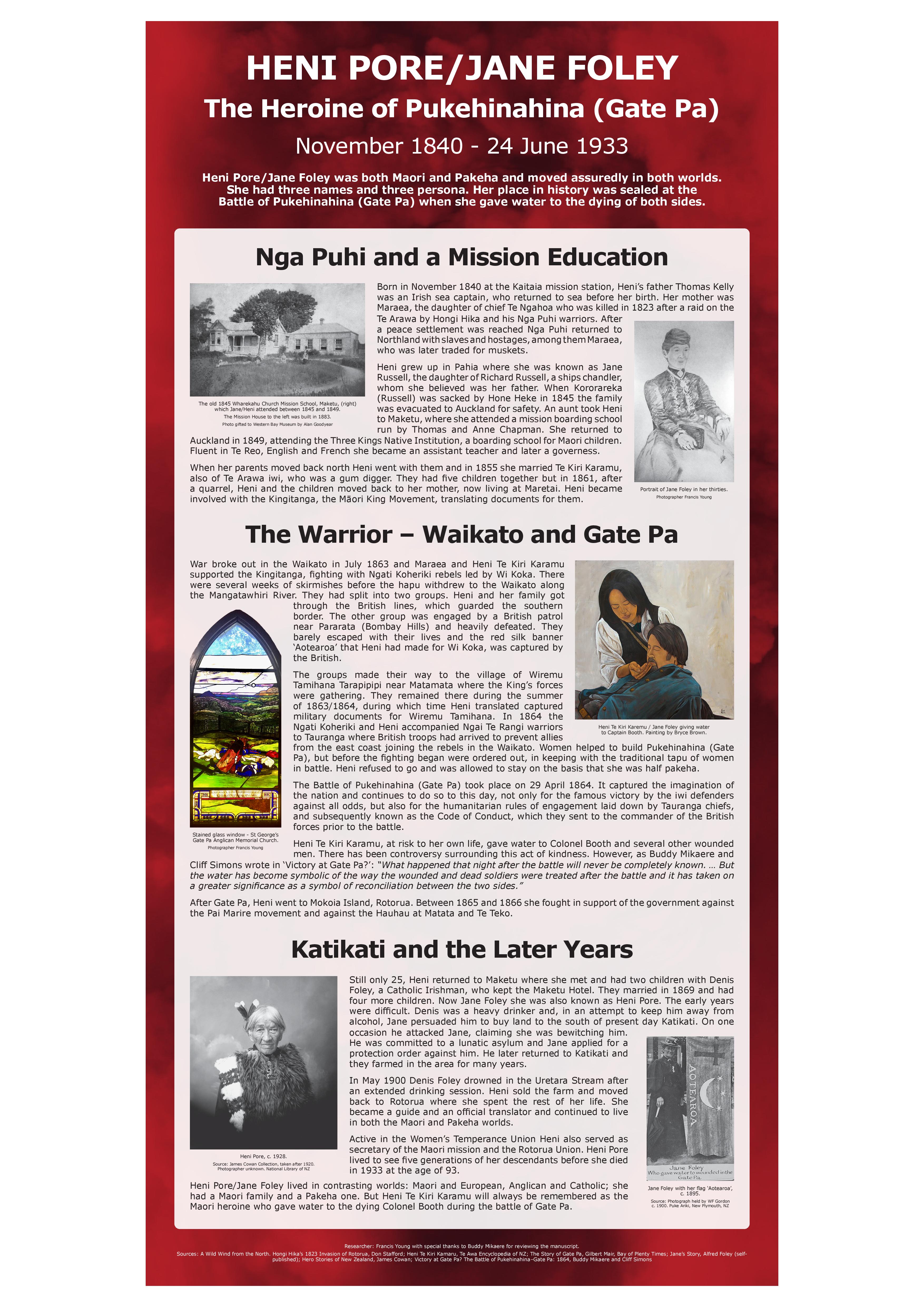 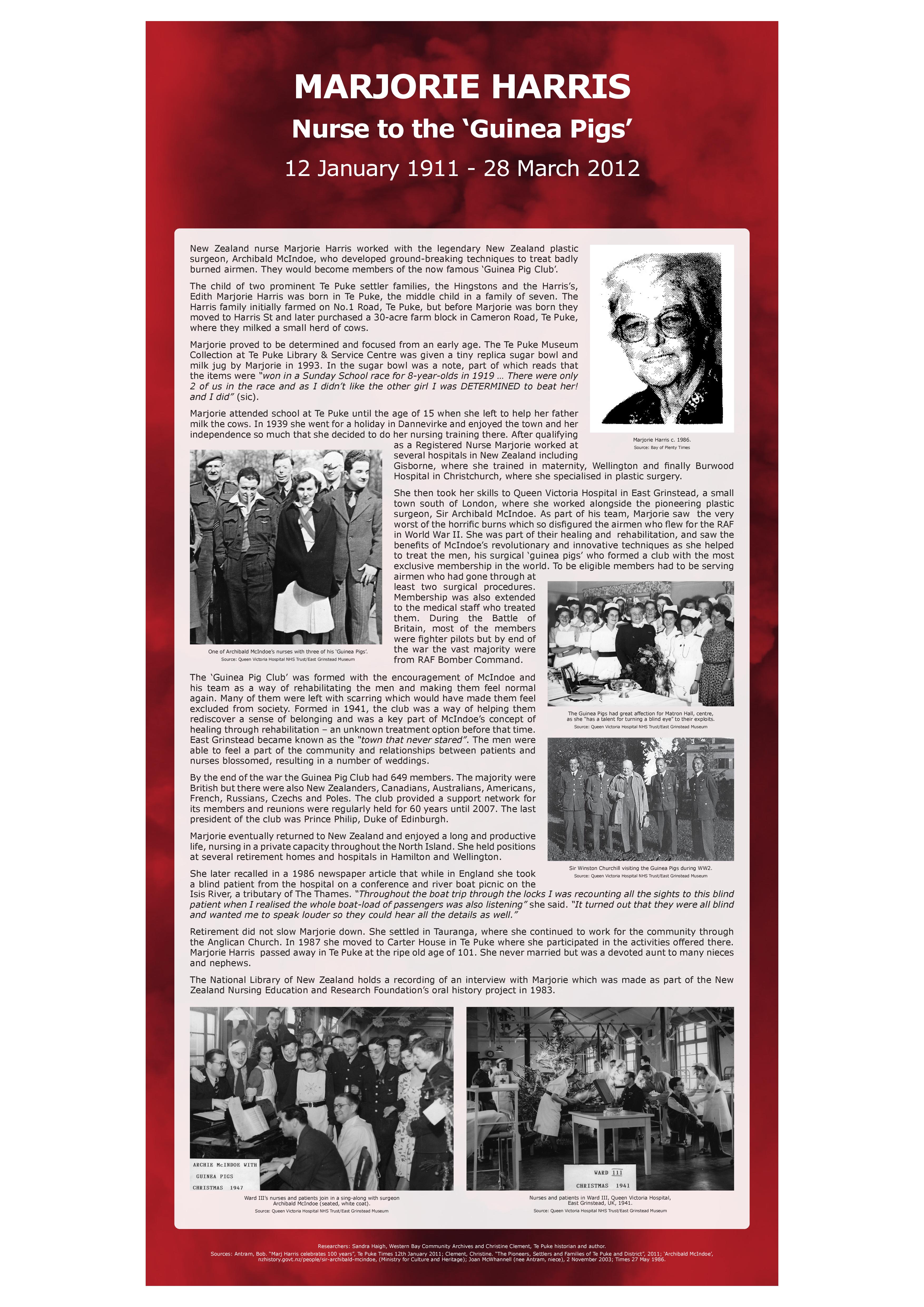 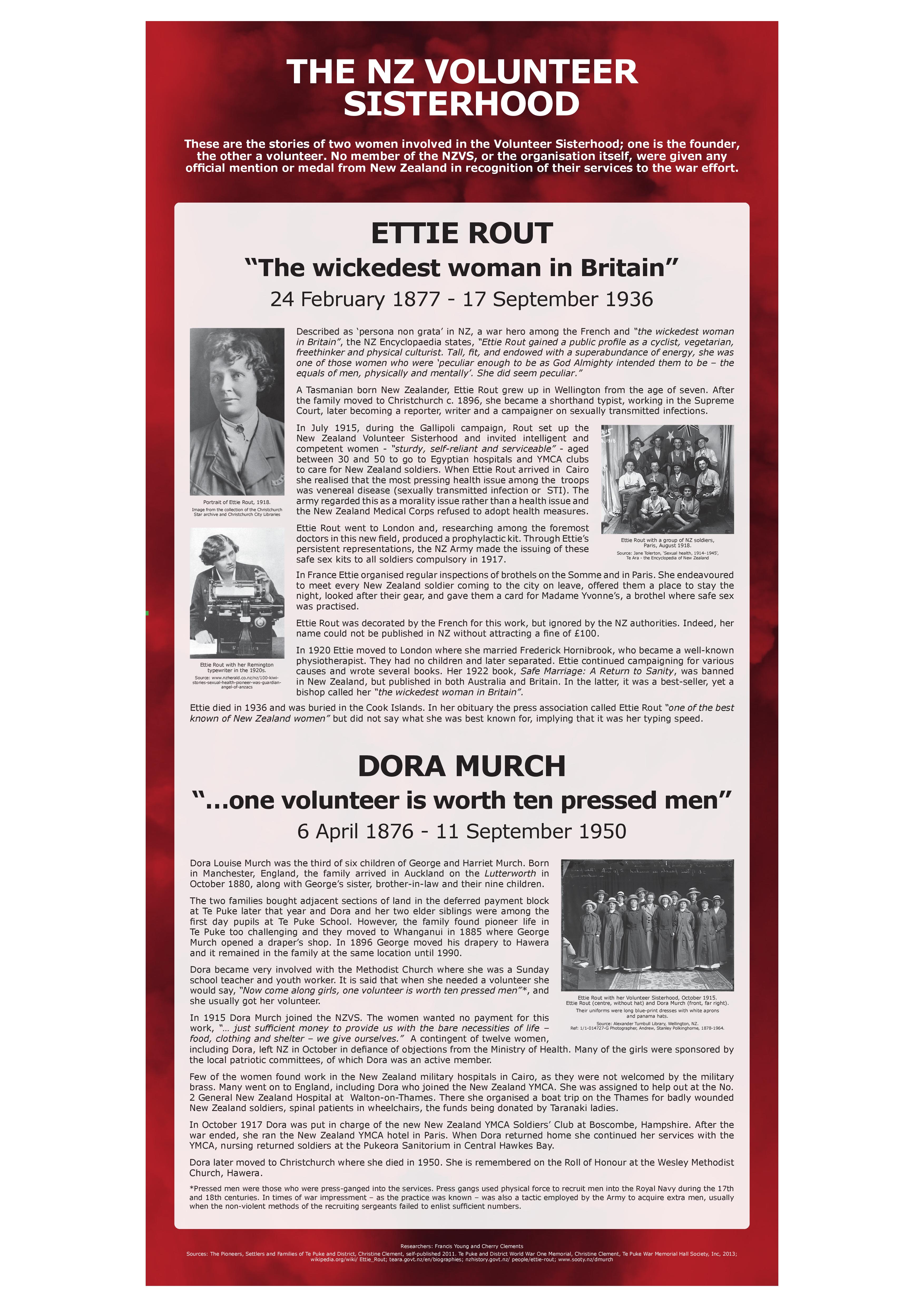 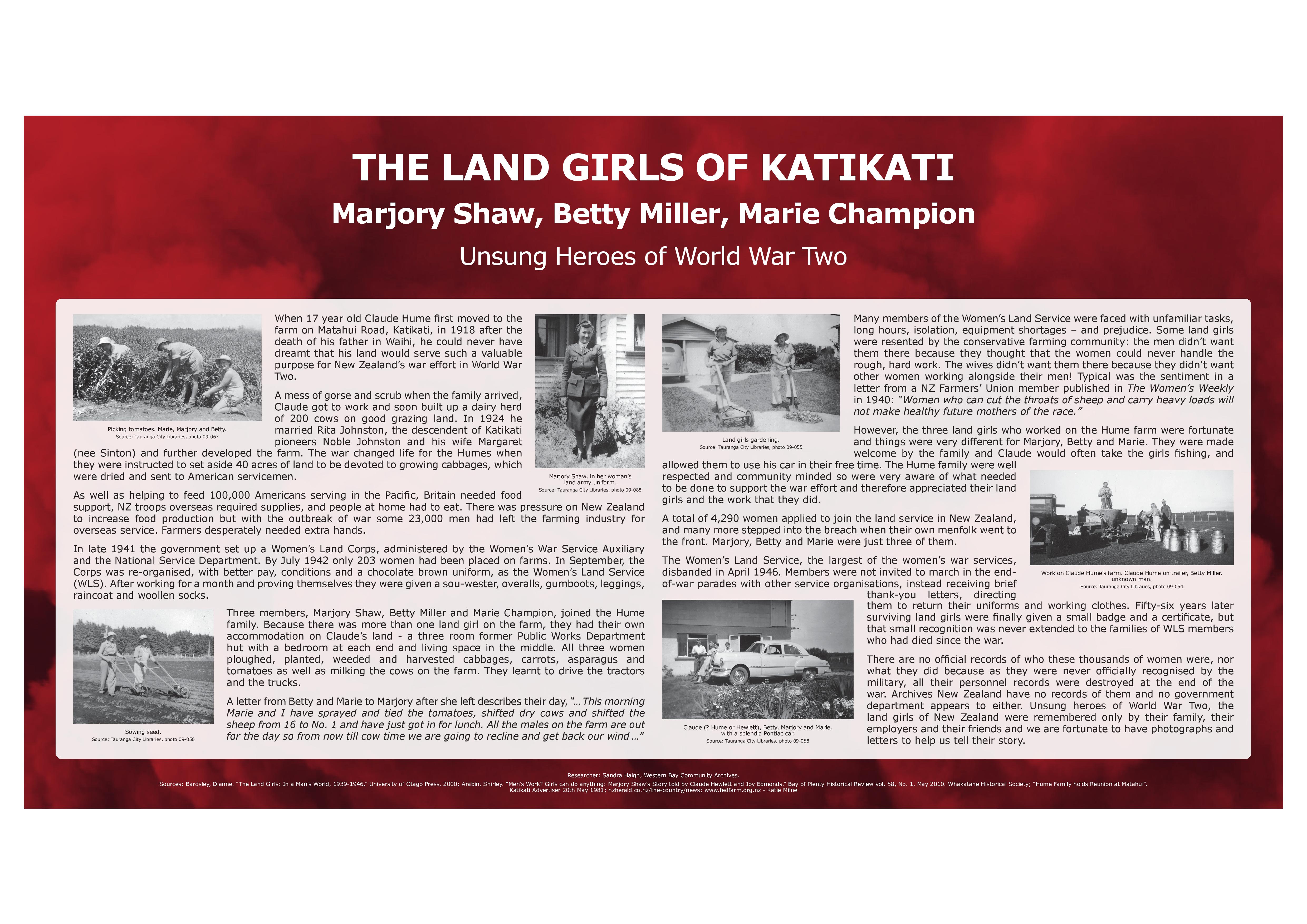 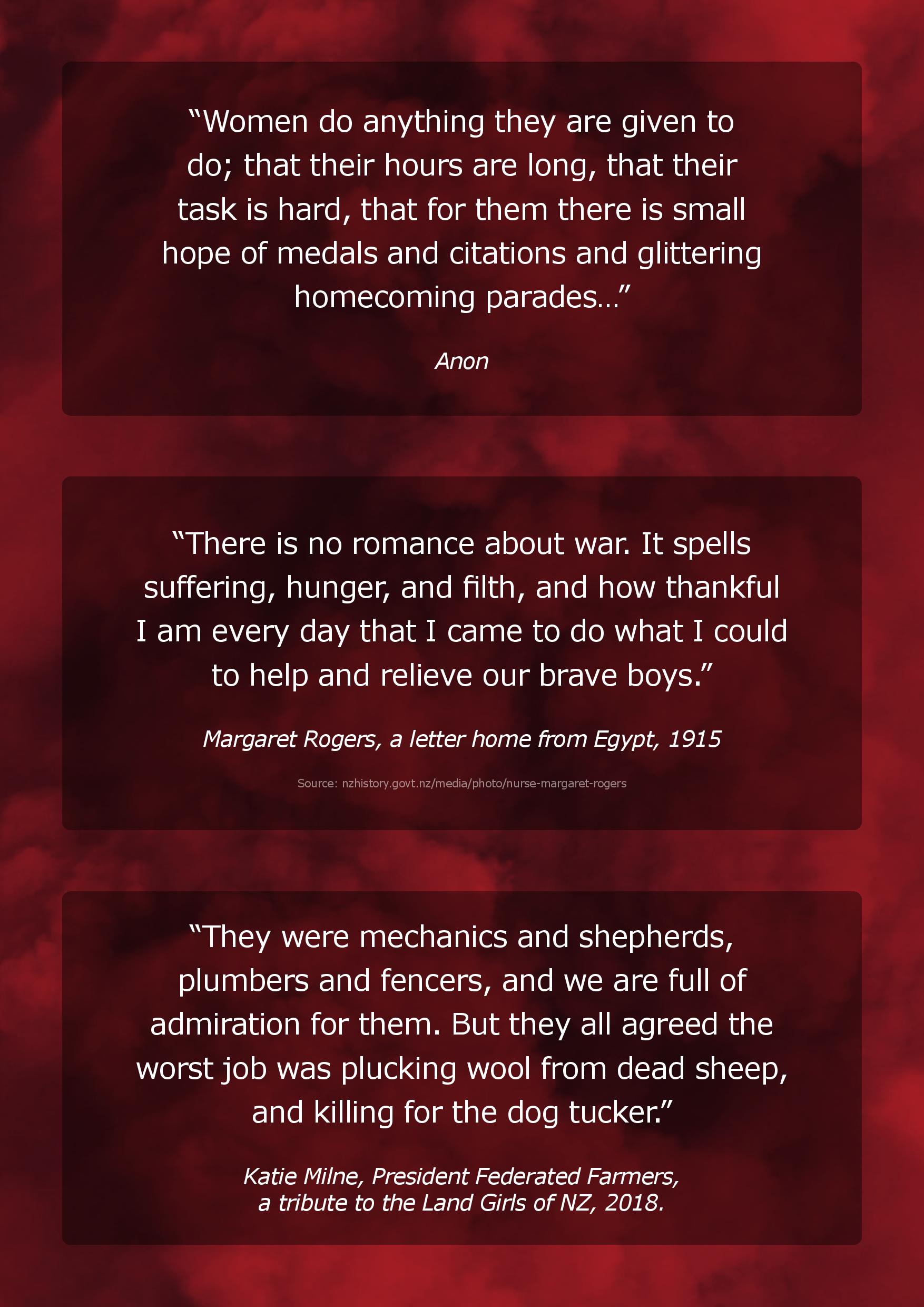 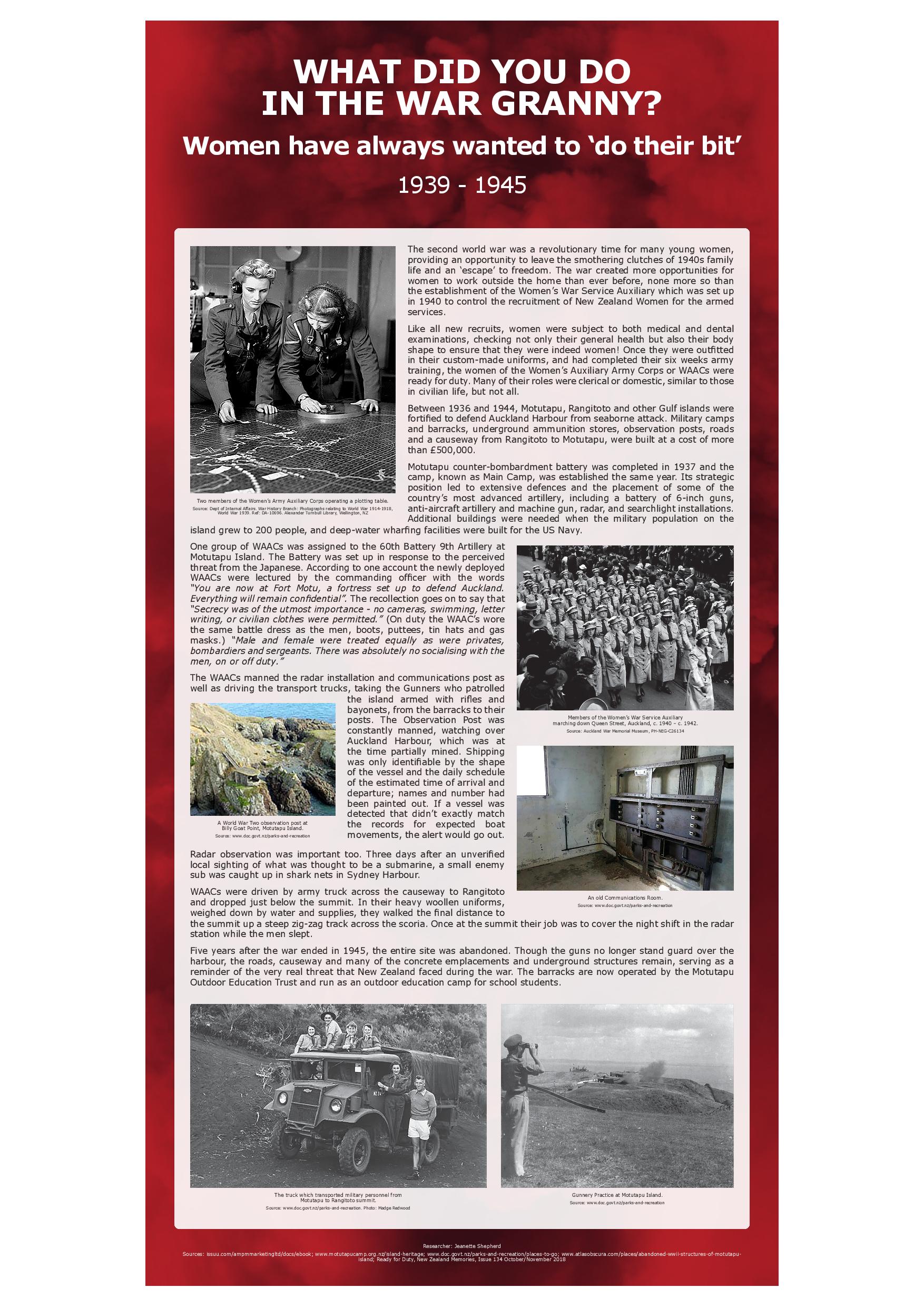 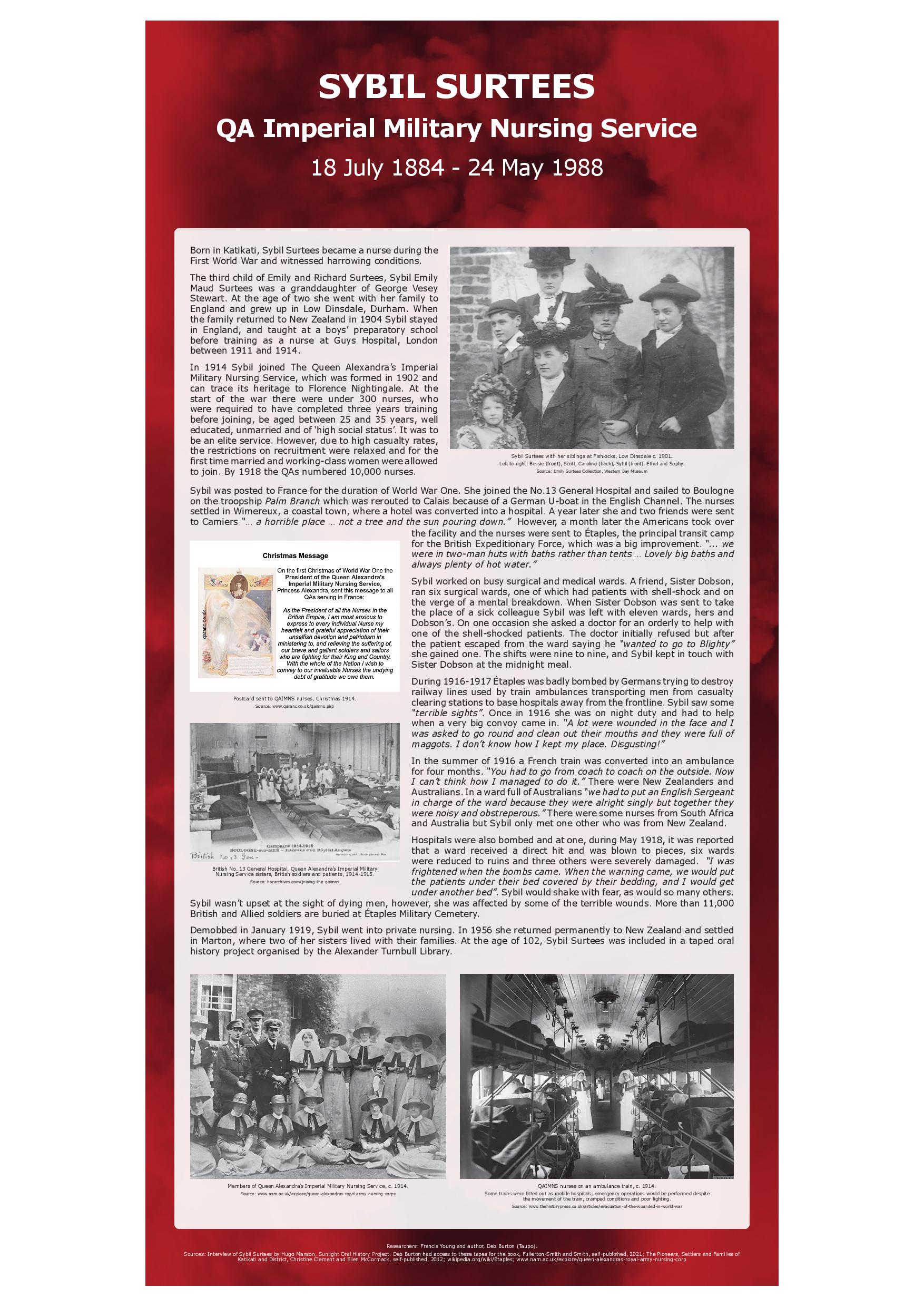 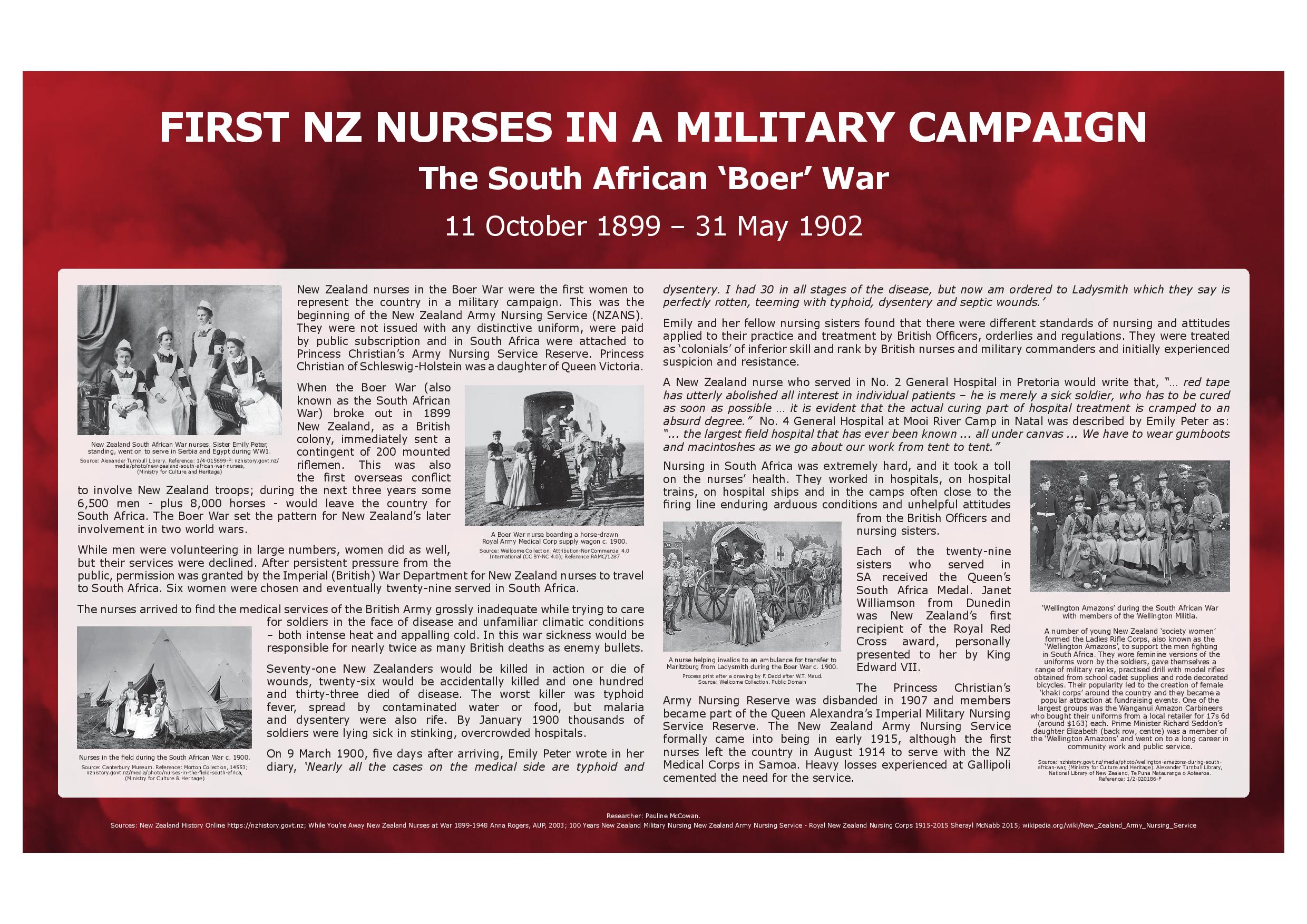 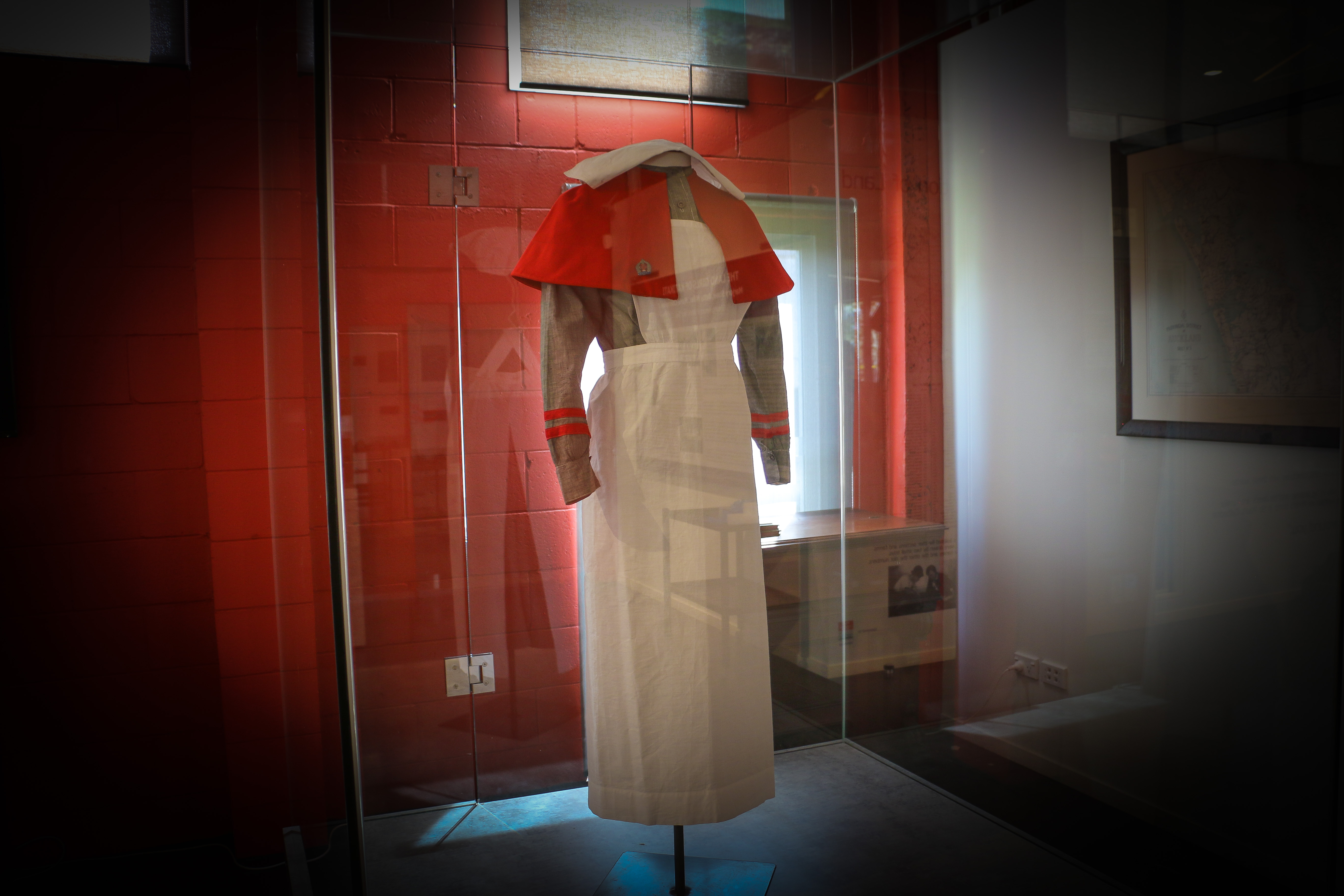 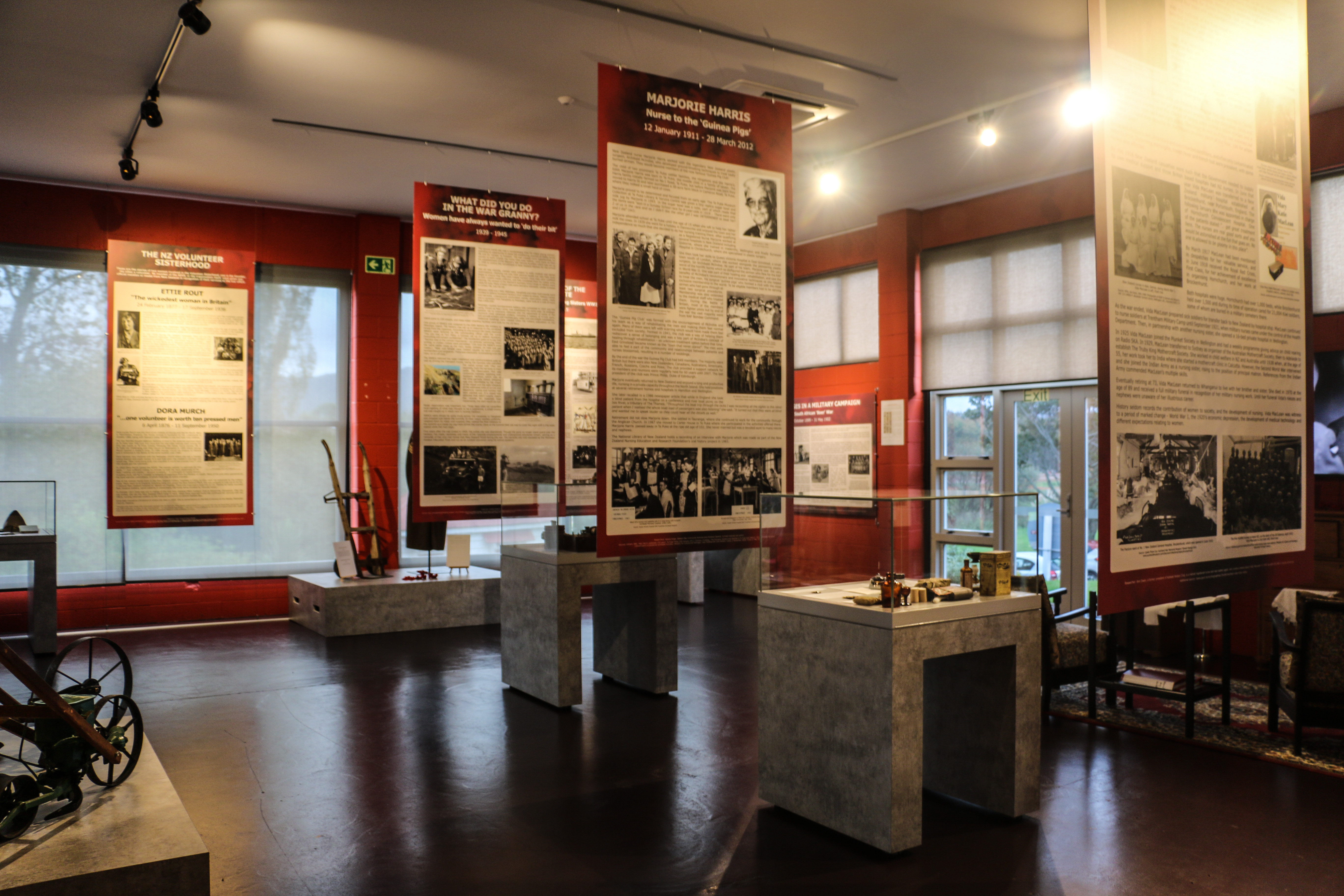